Cecil Sharp was born on 22 November 1859 at Denmark Hill in South London. His father James was a slate-merchant, who made money out of the London housing boom and was able to retire early. Sharp went to Uppingham School and then Clare College Cambridge, where he read mathematics. But music was his passion and when he went out to Adelaide South Australia in 1882, he was soon leading choral societies there and became a Director of the Adelaide College of Music in 1889.

On his return to England he did some conducting and some private teaching before landing a part-time job in 1893 as a music teacher at Ludgrove School, a preparatory school in North London. He worked there for 17 years and it was during his school holidays that he began his folksong collecting with Rev Charles Marson in Somerset from August 1903 onwards. Five volumes of Folk Songs from Somerset would be published between 1904 and 1909. He ventured into Devon in 1904 and soon met Rev Sabine Baring Gould, with whom he would collaborate in the publication English Folk-Songs for Schools (Curwen 1906).

Sharp was a member of the newly-formed Folk Song Society and campaigned for the urgent revival of both folk songs and folk dances. His first visit to Gloucestershire in 1907 was primarily to collect morris dance tunes and figures. He subsequently explored Oxfordshire, Warwicks, Northants and more widely, picking up sword dances and rapper dances in Yorkshire, Durham and Northumberland. He also published 5 volumes of Country Dances between 1909 -18. He founded the English Folk Dance Society in 1911.

He had not stopped collecting songs, however, publishing one book on folk carols (1911) and one book on sea shanties (chanteys) in 1914. In total he collected over 3,000 songs in England and a further 1,500 during 4 visits to the Appalachian Mountains in North America (1915-18). For information on his American informants, see www.cecilsharpinappalachia.org

Cecil Sharp died in London on 23 June 1924 and a building in his name was erected in 1930 near Regent’s Park in London. It now houses the English Folk Dance and Song Society (EFDSS), whose library – the Vaughan Williams Memorial Library (www.vwml.org) - manages the digital archive of all Sharp’s notes and manuscripts. 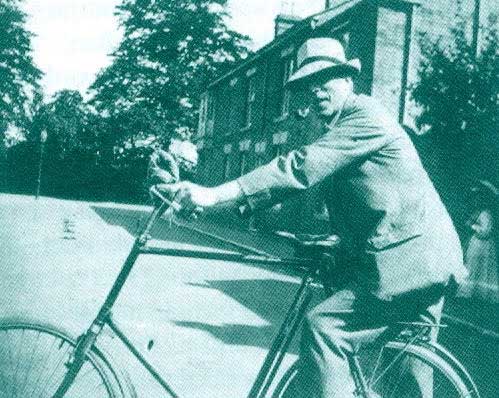