Rev Charles Marson (1859-1914): Marson was not a singer but he was a most important intermediary in the Hambridge collecting period. He was born in Woking, Surrey in 1859 but moved to Clevedon in Somerset when his father (also Rev Charles) was appointed vicar of St Andrew’s church in 1871. Although his father died there in 1895, Marson continued to regard Clevedon as his home, sending his two children to school there and maintaining close links with friends.

After working in the slums of Whitechapel in the early 1880s and becoming a fervent Christian Socialist, Marson went to Adelaide, South Australia where he first met Cecil Sharp in 1889. On his return to England he continued as a campaigning journalist and writer but was posted to Hambridge in 1895 largely to get him out of the way. He had a deep and sincere commitment to the working poor. He officiated at the baptisms, weddings and funerals of several of the Hambridge and Westport singers. His vicarage was used as the base for much of the early song collecting and he accompanied Sharp on many trips. There can be little doubt that the metropolitan Sharp learned a close and respectful (and enjoyable) rapport with rural folk through Marson, which he would retain right through to his Appalachian work.

Statistics show that Marson wrote down one third of all the song lyrics collected in the early field notebooks. He also edited the words in the first 3 vols of Folk Songs from Somerset but the two men fell out in November 1906. Marson died at Hambridge in March 1914.

The only biography of Rev Marson is by David Sutcliffe 'The Keys of Heaven' (Cockasnook Books 2010) - use the Contacts page (above) to make enquiries. 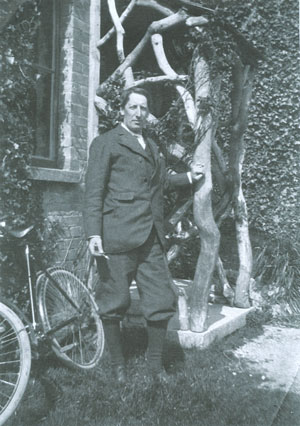