Elizabeth Mogg at Holford (1830-1921): age 74, 8 songs (includes two versions of ‘Waly Waly’) Aug 1904: Elizabeth’s life is difficult to reconstruct because she called herself both Mogg and Moggridge. It is the same woman, same location and family round her, just different surnames in different censuses.

She was baptised ‘Elizabeth Mogg’, daughter of William & Mary Mogg on 3/10/1830 in Over Stowey church. Her father William was a labourer and they lived at Bincombe, a part of Over Stowey parish. Her mother Mary died and was buried at Over Stowey church on 25/10/1844, when Elizabeth was only 14. In 1851 William Mogg was therefore a widower, an agricultural labourer with two daughters Charlotte (26) and Elizabeth (19), neither of whom had an occupation. According to a later census (1911), Elizabeth was ‘crippled from birth’, so she may have found it difficult to work.

Elizabeth then had an illegitimate child Mary Ann (baptised Fiddington church 23/11/1851). Elizabeth’s older sister Charlotte also had 2 illegitimate children by a labourer Henry Chilcott and they married in 1861. In 1861, now that her sister Charlotte had moved out, Elizabeth, aged 27 with young daughter Mary 9, was living with her widowed father William Mogg at Bincombe. In 1871 census Elizabeth now called herself Moggridge - she was 36 and a dressmaker. By this time she had had a second illegitimate child, a son William (age 7 in the census). She later told Sharp that she had indeed had 2 children out of wedlock. In 1881 Elizabeth reverted to the name Mogg and she was still a dressmaker and William was 17, an agricultural labourer. They were living at Lime Street, Nether Stowey. By 1891 Elizabeth had moved in with her brother-in-law Henry Chilcott and her older sister Charlotte, who were living at Dodington (ref is RG12 piece 1866 f25 p3). She was 60 by now, still a dressmaker.

Also in the same house was James Squires, aged 19. James was the son of Charlotte’s daughter Elizabeth. So, Elizabeth Mogg, the singer was the great aunt of Jim Squires, the singer! In 1901 Elizabeth ('Moggridge'), aged 70, was still with Henry & Charlotte Chilcott in Dodington. By 1911 Elizabeth ('Mogg'), aged 81, was living with her bereaved son-in-law William Dinham, who had married her daughter Mary Ann back in 1873 at Holford church. They had had 9 children, 2 of whom were still at home in 1911. However, Mary Ann had died in March 1909 and Elizabeth perhaps wanted to help son-in-law William with the children but it is reported that her final years were dogged by ill-health and poor mobility. She died at Holford in 1921 aged 91. 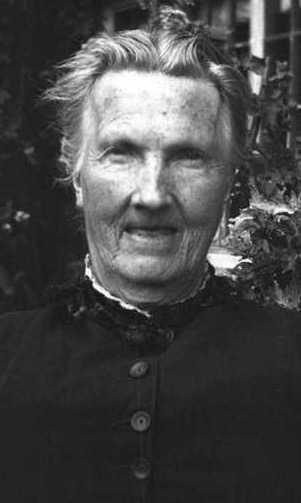