George Templeman (1861-1923): age 42, 2 songs inc 'The Irish Bull' FT173 published in Folk Songs from Somerset vol 2: George Duncan Templeman was baptised on 30/6/1861 in Stoke St Michael church, Somerset. His father George Dibble Templeman was a farmer in Middle Chinnock who was remarried as a widower at age 62 to Clara Huntley on 6/11/1860 at St Mary’s Redcliffe Bristol but unfortunately he died a couple of months later in Jan 1861. So at George Templeman’s baptism it shows his father as already ‘deceased’.

His mother Clara came from farming stock in Doulting, a village east of Shepton Mallet. Her maternal grandfather (Christopher Candy) was a ‘Yeoman’ in 1841 census. Her mother Martha married John Huntley, a carpenter and then innkeeper in Doulting. The newly widowed Clara Templeman was remarried to James Manfield, a widower with 3 children of his own. Manfield was a farmer in Broadwinsor, Dorset and the couple appear in the 1871 and 1881 censuses with 5 more children of their own. George Duncan Templeman is shown in 1881 aged 19 working on his stepfather’s farm.

By 1891 James Manfield had moved to Hambridge to farm there but George Templeman had struck out on his own, taking on a farm in Haselbury Plucknett and getting married to Anna Fry Bryant in Broadwinsor church on 1/4/1891. They had 4 children and were still in Haselbury Plucknett in the 1901 census (RG13/2289 f41 p9). But George’s mother Clara died on 9/5/1901 and perhaps as a result the bereaved James Manfield quit farming at age 64, creating an opportunity for his stepson George to move to Hambridge to farm there.

Templeman was listed in Kellys Directory of 1910 as farmer at ‘Hambridge Farm’. In the 1911 census he employed 1 domestic servant. Templeman probably knew ‘Tom’ Spracklan well and it’s just possible that it was James Manfield who brought Tom Spracklan up from Dorset to Hambridge.

George Templeman died on 29/7/1923 leaving £10,145 (a substantial sum). He was one of just a handful of middle-class singers from whom Sharp collected. 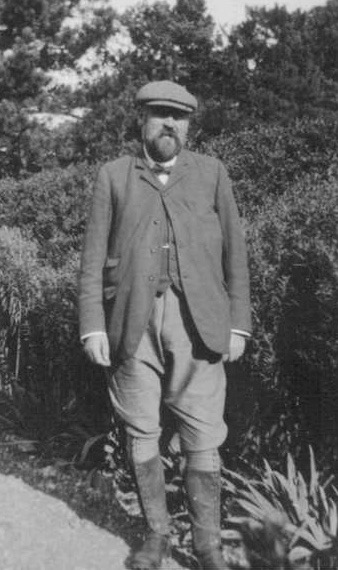