'James Prole' was baptised on 9/6/1833 at Huntspill, 6 miles north of Bridgwater. He was the third son of Henry, agricultural labourer and his wife Sarah. At his subsequent wedding and in many of the censuses his name was spelt ‘Proll’ but in 1881 it was spelt ‘Prool’ and in 1861 ‘Prole’.

As a young man, Jim Proll must have heard about the opening of iron ore mines in the Brendon Hills by the Ebbw Vale Iron Ore company. Men came from South Wales, Cornwall and Somerset to find work - there would eventually be 17 mines in operation, some more successful than others. One of the biggest was Raleigh’s Cross mine which produced 400 tons of iron ore per week. The West Somerset Mineral Railway was completed by 1864 to transport this ore up to Watchet and onwards to South Wales for smelting. These mines provided employment for 245 people in the years 1873 to 1882. Jim Proll obviously moved to the area (a 25 mile journey) for this new work.

On 4/11/1858 Proll married Sarah Lyddon from Brompton Ralph village, stating his occupation as ‘miner’. Neither of them could sign the register. They set up home at Coombe Cross, a hamlet midway between Monksilver and Stogumber. His house was about 3 miles from the Raleigh Cross mine. In 1861 census Jim was listed as an ‘iron miner, aged 26’ with a young son and daughter. In 1871 he was still a miner, now with 6 children. There were a further 5 children by 1881 but Jim had by then reverted to agricultural work – Raleigh’s Cross mine had closed in 1879. In 1901 Jim was still living at Coombe Cross, Stogumber with wife Sarah and their grandchild Ellen (RG13/2265 f16 p24). Sadly Sarah was admitted to Cotford Asylum (founded 1892 and later called Tone Vale Hospital) at Bishop’s Lydeard at some point and died there. She was buried at Stogumber church on 22/2/1907 - just 5 months after Sharp’s only meeting with the Proll family. Jim himself was buried at Stogumber on 12/1/1910. 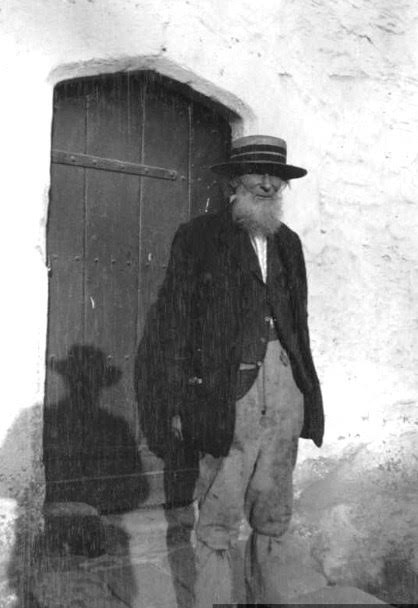