The family seems to have broken up for some reason because in 1891 James Squires was living with Henry Chilcott, 65 road contractor of Stringston and his wife Charlotte (née Moggridge) and James was described as Henry’s grandson. It seems that Henry Chilcott had 2 children out of wedlock with Charlotte before he eventually married her. Elizabeth (James Squire’s mother) was the first of those two illegitimate children and she had been christened Elizabeth Moggridge. James Squires married Emily Welsh on 13/2/1895 at Holford church and by 1901 they had 3 girls and were living at Curriel in Holford. A fourth child William (Bill) was born in 1904, so when James (Jim) met Sharp in 1904, he was an agricultural labourer with a young family to support. Bob Patten has notes from Jim’s son Bill Squires that Sharp used to meet Jim at the Plough Inn at Holford to collect his songs. Jim Squires of Curriel, Holford died 28/1/1940. 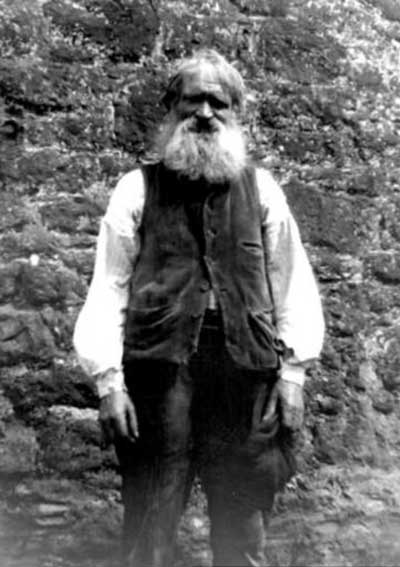