John Short of Watchet (1839-1933): age 76, 57 sea shanties (‘13 not in previous print’) commencing 20 April 1914 with further visits in May/June/July: John Short (also known locally as ‘Yankee Jack’) worked initially on coastal cargo boats along the Bristol Channel but then became a deep water sailor, sailing to North America and the Far East. He was often employed as a ‘shantyman’ to keep the crew working in rhythm. Sharp described John’s voice as ‘rich, resonant and powerful’. In retirement John became the town crier for Watchet and it was said that you could hear his voice 2 miles away! For his first encounter with John Short, Sharp had been staying with Rev AA Brockington, the vicar of Carhampton 5 miles to the west of Watchet.

John Short was baptised on 21/4/1839 at St Decuman’s church Watchet, eldest of 8 children of Richard Short, sailor and his wife Mary. Richard was listed as aged 36, ‘master of vessel’ in the 1851 census (HO107/1920 f451 p47) and son John as aged 12. It’s likely that John Short then went to sea with his father in the coastal trade. He did have two uncles (James b1823 and John bp 17/7/1831) who were also mariners, so one has to be careful in the records of two ‘John Shorts’ (see John Short’s biography A Sailor’s Life by Tom Brown 2014). Certainly in the 1860s John Short sailed to India and the Far East and was joined on some voyages by his younger brother Sydney (b1844). John also sailed round Cape Horn to Peru.

John was absent in the 1871 census but on 23/7/1873 at Taunton St James church he married Ann Marie Wedlake, daughter of George Wedlake, mariner. In the 1881 census John was aboard the ‘Crystal Bell’ schooner at Appledore, Devon, listed as aged 42 ‘mate’ with William Organ as ‘master’; wife Annie was in Watchet with their only child George, aged 1 - it seems they lost 2 children earlier. In 1891 John was at Charlestown Dock in Cornwall aboard the ‘Annie Christian’, listed as aged 52 ‘mate’ to Isaac Allen ‘master’. In 1901 John was 62, living in Market St Watchet (RG13/2263 f29 p13). Son George was 21, a machine hand at the paper mills.

George married Alice Chidgey in 1906 and so John and Annie Marie were on their own in the 1911 census. It seems that, even at the time of Sharp’s visits, John was caring for his wife who was crippled with rheumatism. She died in 1918 and John lived on till 9th April 1933. The Times obituary of him was written by Rev Brockington.

John Short was essential to Sharp’s forthcoming book English Folk-Chanteys (1914), as 46 of the 60 tunes published therein were Short’s tunes. Sharp harmonized them in piano arrangements in a similar fashion as the Folk Songs from Somerset series. Short’s melodies are still widely sung today. A statue sculpted by Alan Herriott was erected on Watchet seafront in 2008. 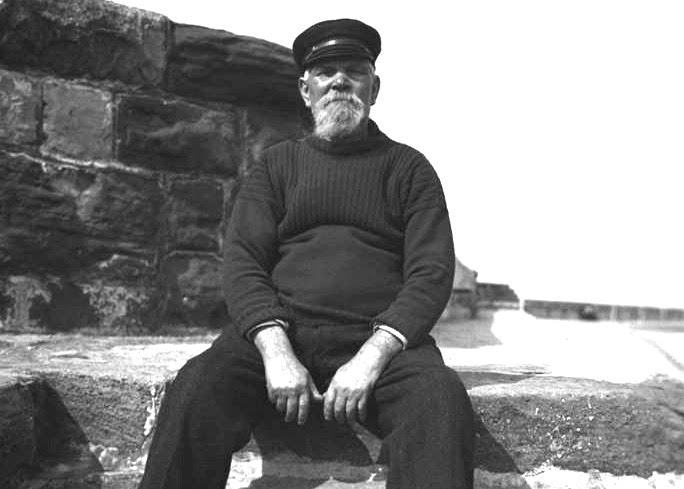