Mrs Lucy White of Westport (1849-1923): age 54, 46 solo songs (+19 with Louie Hooper): Lucy Anna Bridge was baptised in Puckington church 17/6/1849, base born daughter of Sarah Bridge, the daughter of John Bridge, agricultural labourer. John may have been embarrassed about this, given his position in the village as parish clerk but his eldest daughter Susan had already had two children out of wedlock (Elizabeth 1844 and Ann 1849). Anyway Lucy's father was not identified at the baptism. But on 24/2/1855 (aged 32) Lucy’s mother Sarah married William England, a widower with 2 little ones of his own. They both made marks rather than signed their names.

William England (b1824) came from Shepton Beauchamp, the son of Joseph & Rebecca England (no relation to John England, the singer). William had been apprenticed at age 15 to the shoemaker Simeon Vile in Puckington village (1841 census p2). On 2/10/1843 in Puckington church William England had married his first wife Harriet Bridge (probably a cousin of Sarah’s) and they had 2 children - Walter (bp Shepton Beauchamp 11/11/1844) and James (bp Ilton church 31/3/1850). William & Harriet England were in Ilminster in 1851 census. Unfortunately Harriet England died soon after (buried at Puckington 21/9/1854).

So, Sarah Bridge with daughter Lucy (aged 6) combined at her wedding in 1855 with William England and his 2 boys Walter (10) and James (5). Sarah and William then had 4 children together – Edward b1856, Louisa (who became Louie Hooper) 1860, George 1862 and Mary Jane 1864. Lucy Bridge and Louisa England both became fine singers and were half-sisters – it is most unlikely that William England fathered Lucy because by 1849 he had left Puckington village and started his own family with Harriet.

Both singers gave credit to their mother Sarah for teaching them songs and this probably happened during the long hours of gloving (outworking) that earned women a vital income in the mid-19th century in South Somerset villages. In the 1861 census Lucy was at home with her mother and stepfather - she was 12 and a glover. Mother Sarah herself was a glover in both 1851 and 1861 censuses - she died in 1892, aged 67. The gloving industry declined in the 1870s and was superseded by shirt-making (with collar making and buttonholing as related work).

In 1869 Lucy had an illegitimate son Arthur John, who was baptised in Hambridge church (22 July) but died the following March. She had 2 further children out of wedlock - Minnie (bp 8/1/1872) and John (b1873) before marrying (at age 26) Jonathan White (aged 27) an engine driver. The wedding took place at Hambridge church on 24/12/1875 and 7 more children would follow. The family lived for 30 years in Westport Row, a block of 4 houses as you turn west off the turnpike road towards Isle Brewers. The houses were demolished many years ago. In 1901 (RG13 piece 2289 f108 p13) the family was still living in Westport. Jonathan was 54 ‘engine driver’, Lucy was 53 with no employment listed but was still looking after 5 children at home – sons John (27) and Nathaniel (17) were both farm labourers, daughters Bessie (19) and Polly (15) were both shirt-makers at home, while Maud (13) was a button hole maker. Her two eldest daughters Adaline (25) and Annie (23) had married and left home.

Lucy died in 1923 aged 74. Note: When Lucy had her first two (illegitimate) children baptised, she entered her name as Lucy England and it may be that she ‘took the name’ of her stepfather in daily life, speaking of Louisa as her sister rather than half-sister etc. But in the 1861 census and under oath at her wedding in 1875, she reverted to her baptised name of Lucy Bridge. 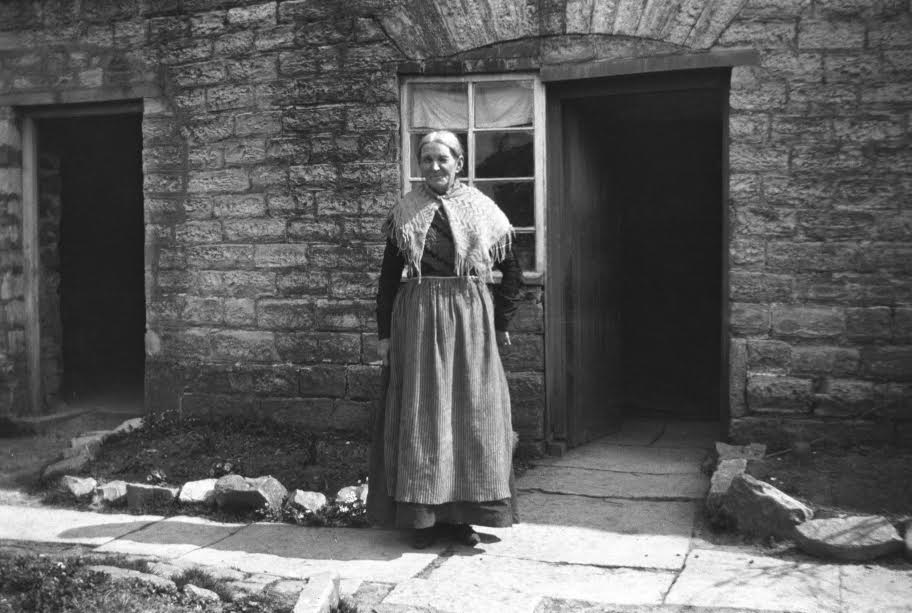