Robert (Bob) Parish was baptised on 14/7/1822 at Exford church, son of John & Mary Parish. John Parish was listed in the 1851 census as ’68, sexton and pauper’. When he died in July 1851, son Robert took over as sexton – ringing the passing bell, grave digging and other practical duties for the church. He in turn would pass the sexton role to his son Robert Jr, so that their services to the church spanned over 100 years. In return the family lived for decades in Ivy Cottage next to the church.

Robert cannot be found in the 1841 census and perhaps was working away from home. He did, however, marry Jane Quartley, a local girl from nearby Cutcombe, at Exford church on 12/10/1844 and their first child Elizabeth was born in Jan 1849. Robert’s parents were then in their late 60’s and it may be that he tried his luck to find work in Plymouth, because according to Sharp’s notes (FNT1907/8 p21), Robert said he was ‘starving in the cholera outbreak in that town in 1849’ - in total 1,894 people lost their lives. This may explain why he can be found in the Admission Book to Wilton Gaol in Taunton (Sept 1849 ref 956); his actual crime was not specified but he had a small family to support in desperate times. Sharp also suggests that Robert may have picked up songs from a ‘Mr J Parish of Cremyll Street, Plymouth’ during that spell away (probably a relative, no trace in censuses).

Back in Exford for the 1851 census, Robert was working as an agricultural labourer. Further children followed, although a boy Robert sadly died aged 3 in 1859. A second son Robert was baptised in March 1866 and he can be found in the 1891 census still at home aged 25, working as a tailor but ready to take over as sexton after his father. Perhaps these ‘hard times’ influenced Robert in a general way – he was known as ‘a dear old man, a quiet man’ - but also in his particular choice of songs. ‘Days when I was hard up’ ‘The Beggar’ and ‘Erin’s Lovely Home’ all tell of disruption and distress. Robert was still in Exford in 1901 (aged 78 ‘agric lab’) with wife Jane (ref RG13/2266 f114 p1) and he was buried there 30/7/1909. 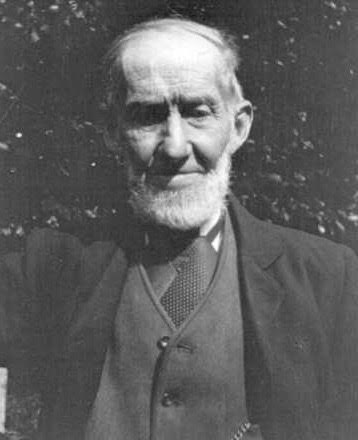