Joan Sharp (1898-1968): Joan was the 3rd of Cecil Sharp’s 4 children and the one who most took to folk music. She was a member of his women’s folk dance team and she played pipe and tabor at many folk events over many years.

Joan Sharp was born 31/7/1898 at Eton Avenue, Hampstead. She was described by Lavender Jones*, a fellow EFDS dance teacher, as 'very shy but very bright, could play several instruments'. Joan was part of the women's dance team at Burford in 1913 (aged just 15) and attended several Vacation Schools over the years. She went with the EFDS tour to USA and Canada in 1929.

In the 1930s Joan was the first librarian at what is now the Vaughan Williams Memorial Library at Cecil Sharp House in London. She lived during part of this time with her sister Susannah at Fetcham in Surrey. In the 1950s Joan played in the Benacre Folk Band.

For an appreciation of Joan's musicianship, see Richard Shaw Joan Sharp (1898-1968) and the Revival of the English Pipe and Tabor in Folk Music Journal vol12 no.1 2021 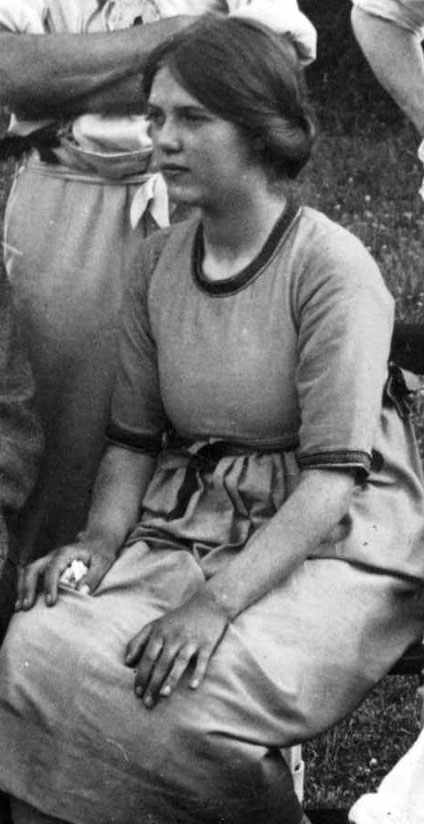