Cecil Sharp visited the village of Abbots Bromley (30 miles N of Birmingham) to witness the famous Horn Dance in September 1910. He was later sent two tunes by Robert Buckley, a music teacher and journalist, who had been born in the village. The original musician (Henry Robinson) had died back in 1860.

This traditional dance is performed annually on Wakes Monday, the day following Wakes Sunday, which is the first Sunday after 4th September. Other performances may occur on special occasions.

There are 12 dancers. Six carry the reindeer horns and other characters include a Maid Marian, hobby horse, Fool, musician and 2 youngsters with a bow-and-arrow and a triangle. YouTubes exist. 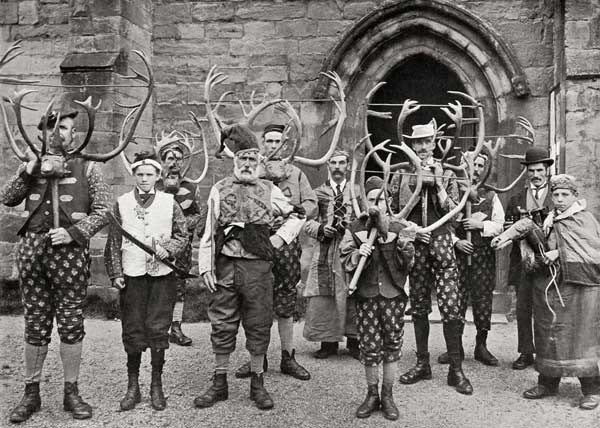