In all George & Lydia had 7 sons and 2 daughters but they had all left home by 1901 when the couple were living on Bristol Rd (ref RG13/2329 f36 p5). In Bob & Jackie Patten’s interview with Austin Wookey (Somerset Scrapbook 1987), the latter recalled that George Wyatt ‘worked on the land for any farmer, called piecework. He lived near the Blue Bowl Inn, West Harptree . . . I knew Mrs Wyatt living in her bungalow (very low) about 60 yrs ago. Bungalow, made of thorn and clay, now destroyed.’

George was probably introduced to Sharp by the Kettlewells. He had a brother Samuel, who sang ‘Lord Rendal’ song with a verse: What colour was the fish, Rendal my son? He was spotted on the back, mother’. Samuel was nicknamed ‘Spotted-on-the-back Sammy’. Samuel died 4/1/1902 before Sharp could get to him, so George sang the song instead (FT363). George was buried at West Harptree church 21/12/1907 but Lydia was in the 1911 census, on her own in her 2-roomed squatter’s house (she could not write her name for the enumerator). 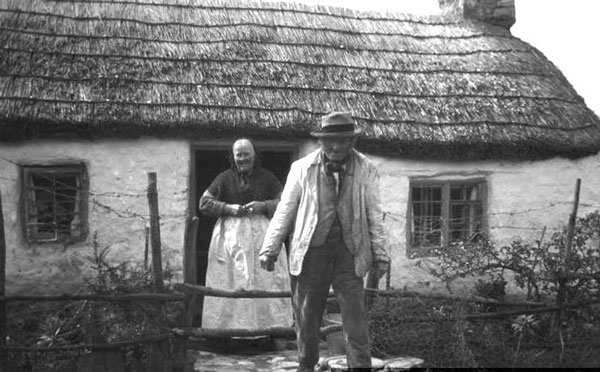