James Bale of Bridgwater (1831-1914): age 74, 9 songs in Aug 1905: James Bale was baptised on 10/7/1831 at Bridgwater St Mary, son of William Bale, mariner and wife Fanny. He married Jane Hobbs at the same church on 24/9/1851. Neither could sign their names. She was the daughter of a mariner and James’ uncles and grandfather all hailed from Watchet as sailors. James and Jane had 8 children and he spent some time as a ‘hobbler’, towing ships up to Dunball to catch the tide for the open sea. He never sailed to foreign lands himself. Latterly he worked as a quay labourer and ended his working life as caretaker at HM Customs building at Bridgwater docks.

He sang 9 songs for Sharp, 6 of which were sea songs. Bale’s song ‘The Drowned Lover’ is actually a different song to the one sung by Mrs Jarvis but Sharp was impressed with his song and published it in the 2nd vol of Folk Songs from Somerset later that year. He said it was ‘one of the finest folk-airs that I have yet recovered from Somerset. Mr Bale is a singing man of the old school, and comes from a sea-faring family.’  James Bale was buried at St Mary’s church on 31/10/1914. 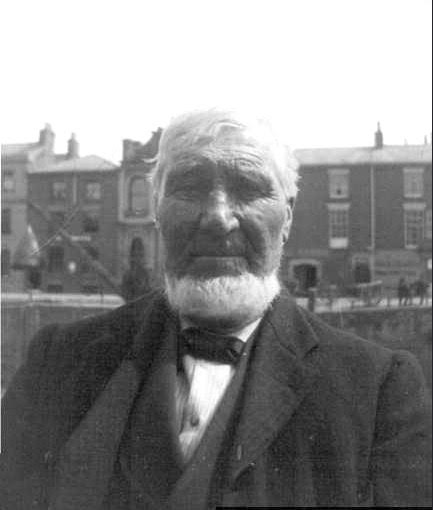