Samuel Moulder of Eynsham Morris (1878-1914): Eynsham is 8 miles W of Oxford and Sam was the leader of the Eynsham morris side at the time: Sam was 31 when he contributed 4 morris tunes ‘Brighton Camp’, ‘Nutting Girl’, ‘Cock o’ the North’ and ‘Constant Billy’ on 26 Jan 1910 (FT2439ff): Sharp said that Sam Moulder whistled the tunes to him but that they really only had one dance*, performed to these different tunes. The dance was published in Morris Book vol3 p83 (Novello 1910), Sharp writing: ‘The dancers met me one dull, wet afternoon in mid-winter, in an ill-lighted upper-room of a wayside inn. They came straight from the fields in their working clothes, sodden with rain, and danced in boots heavily weighted with mud to the music of a mouth-organ, very indifferently played … they gave me as fine an exhibition of Morris dancing as it has ever been my good fortune to see’.

*The modern Eynsham side perform a wider repertoire of dances. Go to http://www.eynshammorris.org.uk What impressed Sharp most was the tremendous energy and physicality of the Eynsham dance. In Folk Dance Notes vol 1/101 (type CJS2/11/1/101 into vwml search) he wrote: ’I noted (the dance) very carefully after seeing it performed 4 or 5 times (with) extraordinary and persistent vigour.’

Samuel Moulder was born October qr 1878 at Stourport-on-Severn in Worcestershire, son of Henry Moulder, railway porter and his wife Sarah Ann (née Yates). Henry unfortunately died in July 1880 and Sarah Ann was left with 4 young children to support. In the 1881 Eynsham census she was aged 34, a ‘gatekeeper at a railway crossing’. She was remarried to Samuel Jepson, a blacksmith, on 25/10/1882 at Eynsham. She had 3 more children, so Samuel had a half-brother and 2 half-sisters. Samuel married Ada Jane Skinner in January qr 1904 (ref 3a 1259) and in 1911 they were living at Queen St in Eynsham with 3 daughters and 1 son. Sam was a ‘dredging labourer’.

At the outbreak of WW1, Samuel joined the 2nd Battalion Oxfordshire & Buckinghamshire Light Infantry and was promoted to Sergeant but was killed in the first battle of Ypres on 22 October 1914. He was buried at Ypres Menin Gate. As soon as a soldier was reported dead, his pay stopped. Sam’s widow Ada Jane couldn’t afford the rent of their cottage in Eynsham, so she packed up all their possessions and walked into Oxford with her children. 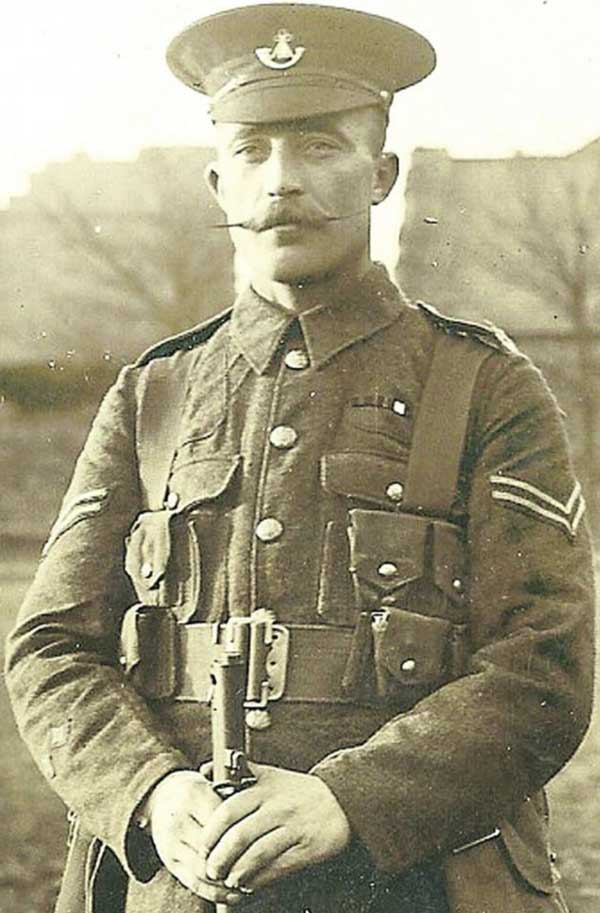