Henry Rapsey of Bridgwater (1846?-1911): age 58, 10 songs on 2 visits commencing 2 Jan 1906: Sharp knew about sea shanties from school song books of the time and he had already collected 3 shanties from Mr Thomas Hole of Clevedon in 1904 but he had not published these and perhaps did not initially think of them as ‘folksongs’. He had also interviewed both Capt Lewis and Capt Vickery of Minehead, who had provided many songs about ships, sailors and sea battles but only 2 shanties between them – ‘Heave away my Johnnie’ (FT275) and ‘Spanish Ladies’ (FT835), both published later in Folk Songs from Somerset vol 5 (1909).

It seems that it was Henry Rapsey who really focused Sharp’s attention on the sea shanty form. He sang 4 shanties in Jan 1906 – ‘Blow the Man Down’; ‘Rio Grand’; ‘Leave her Johnny’; and ‘Tiddy I-O’, the last two being published in Folk Song Society Journal 5 (1914) pp36-37. Sharp revisited Rapsey in April 1906 to pick up one more shanty ‘Ilo’ (Tommy’s gone). Sharp eventually collected 150 shanties (in particular 57 from John Short of Watchet) and published 60 of these in English Folk-Chanteys (Novello 1914).

So, Henry Rapsey was a significant singer but his life is difficult to reconstruct. In the 1901 and 1911 censuses he reported that he was born in Bathpool on the outskirts of Taunton. At his wedding he reported that his father was ‘John Rapsey, farmer’. Sharp cites his age at 58 in early 1906, so we are looking for a birth date of late 1846 or early 1847 but there are no baptismal records in Somerset for Henry Rapsey at that time, nor even State Registration records. More promising is the 1851 census for Bathpool (part of West Monkton parish, Taunton), which shows a John Rapsey, 44 pig dealer (b Ottery st Mary Devon) and wife Amelia 39 (b W Monkton) with 6 children. The youngest child is William Henry Rapsey, aged 4 born W Monkton. This record satisfies most of the criteria for Henry – age, birthplace and name of father. In fact the family was an itinerant family with eldest child born at Cheddar, second child born at Kingston St Mary, next two born at Spaxton, final two born in Bathpool.

Rapsey told Sharp that he had learned one of his songs (the carol ‘Come all you worthy gentlemen’) from his mother and used to sing it as a young boy in Bridgwater. So we must assume the Rapseys moved to Bridgwater in the mid-1850s, although they cannot be found there in the 1861 census. But a Henry Rapsey from Bridgwater is found in the 1861 census as a boy of 14 on the sailing vessel ‘Success’ on the Lydney canal, Glos (ref RG9/4525 f20). The boat was a 29 tonner coasting ship with a crew of 3. This is probably ‘our’ Henry. There is no trace of him in 1871 nor in 1881, so we must assume he was away at sea. Between 1866 and 1897 Henry Rapsey is consistently recorded in the Bridgwater Shipping Lists as a crew member in 21 of these years.

On 15/7/1883 at St John’s church Bridgwater Henry Rapsey, bachelor 35 of Northgate Bridgwater married Sarah Anna Burge 33 spinster. Henry was unable to sign his own name. In 1901 the couple were living at Culverwell Buildings, Northgate in Bridgwater (RG13/2284 f100 p43). Henry was 58, a sailor; Sarah was 49, a cook; and their only child Clara was 14, a domestic servant. Clara left home and is subsequently traced in 1939, working as a servant for Rev HA Powell in Bristol. She never married and died June 1949 Taunton. In 1911 Henry was 66, former mariner and Sarah 63, living at 37 Northgate. Henry died in the Union Workhouse hospital and was buried at St Mary’s Bridgwater on 16/6/1911. 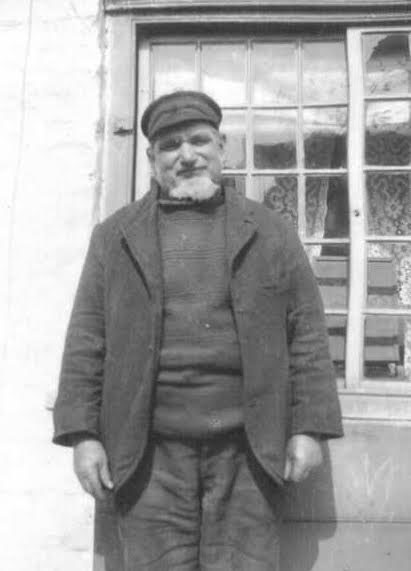