Mrs Ann Lacey of Drayton (1817-1910): age 87, 4 songs on 2 occasions: Sharp spelled her christian name as 'Anne' with an 'e' but all census records show 'Ann'. It was Ann's tune for 'A Frog he would a-wooing go' (FT622) that Sharp used in Folk Songs for Schools (Curwen 1906 song 43) and it has since become its standard tune (click vwml link above). Ann sang a corrupted text in her chorus - 'With a Rowley Poly, grandmother (rather than gammon) and spinach' but Sharp amended that and gave 12 verses in his schools version.

Ann Donne was baptised 2/11/1817 at Drayton church, daughter of William & Hannah Donne. She married John Lessey (Lacy) at Drayton church 2/1/1841. Neither could sign their names. John was an agricultural labourer throughout his life and he died 24/10/1888 age 73. Ann had no children of her own but seems to have taken on the role of village midwife (probably untrained, as the first mention of this ‘nursing’ role is not until 1891 census, when she was already 73). Perhaps she dispensed herbal remedies, for she had the reputation of being a white witch. 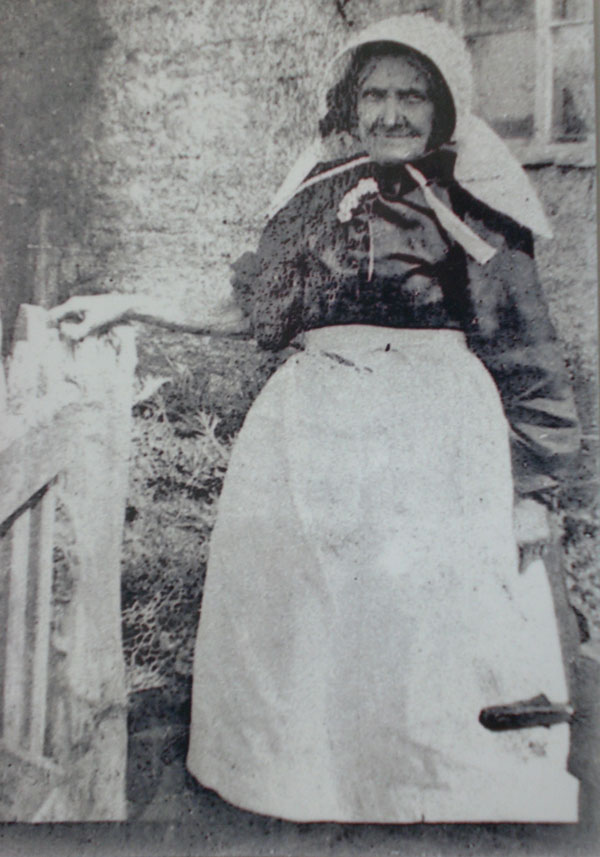