Aged 22, he got married on 4/3/1860 at Compton Dundon church to a widow Mary Ann Hollard, 12 years older than him. She had no children by her first marriage and Oliver would have no children either. Moving away from Pitney, Oliver perhaps received a settlement from his father and bought a house and orchard in Compton Dundon. Oliver did a spot of poaching and was once fined £8 for shooting a partridge. But his wife Mary Ann died 29/7/1903 aged 80. Letter at VWML from Prebendary SH Cooke of Compton Dundon (14/2/1974) stated that ‘At the end she was in such an awful condition that the police intervened.’

Oliver may already have been on the bottle but now he went to pieces. ‘He had to sell his house and lived rough, sleeping in barns etc. He wore an old-fashioned white smock and was often near to starving. He wintered in the Langport Union workhouse and did stone-breaking in the summer months’. Bob Patten noted that according to the Sheffield Daily Independent 12/3/1907 Oliver was ‘an old stonebreaker, who had been in his early days a wrestler, a bruiser and a performer of wonderful feats of strength’. But he was no doubt in a poor state when Sharp found him in Jan 1906. Oliver was in Langport workhouse for the 1911 census and died in Mar 1916 (Langport 5c 496) aged 78. 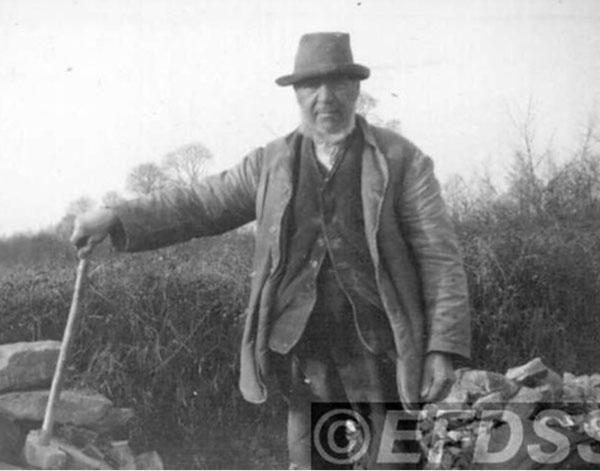