Eliza Jane Tyley married Joseph Adams Pavey, a farmer's son, on 21/2/1872 at Bristol St Paul’s. In 1881 census Joseph was described as a 'cropper'. They lived on Cliff St in Cheddar and raised 3 children. When Joseph Pavey died in 1896, Eliza moved to Barrows Rd in Cheddar to live with her son William, a 'paper finisher', and his wife Alice (1901 census). She was listed as a widow, age 50 ‘own means’.

When Sharp visited Eliza in Sept 1905, she had 2 little granddaughters in the house with her but her son William took his family down to Cullompton in Devon in 1911 and Eliza went instead to live with her daughter Susannah (Brooks) in Bristol. 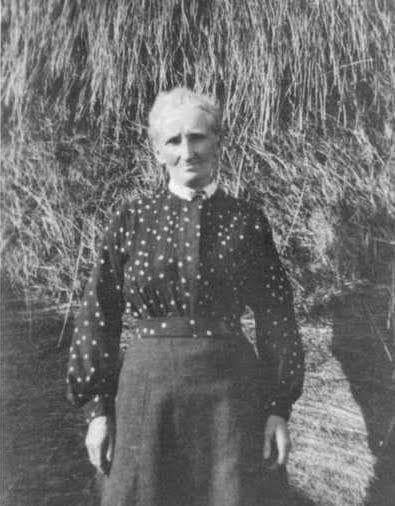