Samuel lost his wife Charlotte in Jan 1900 and it seems that he enjoyed the lease of the Hunter’s Lodge Inn only in her lifetime and so moved back to Eastwater Farm, which is where Sharp took his photo in 1905. Weeks is holding a stick, as he suffered badly from arthritis. He found living on his own very difficult and on 27/8/1901 at Priddy church he married his second wife Mary Ann Weeks, a farmer’s widow.

There were several families called Weeks in the area. Sharp spelled Samuel’s name with and without an ‘e’ (Weekes) but at no point in any documents did Samuel use an extra ‘e’. Samuel was buried at Priddy church on 25/6/1909. In an essay on the Mendip Singing Men Sharp commented that John Vincent and Samuel Weeks were both very fine singers. George Weeks (who sang later for Sharp) was Samuel’s cousin. 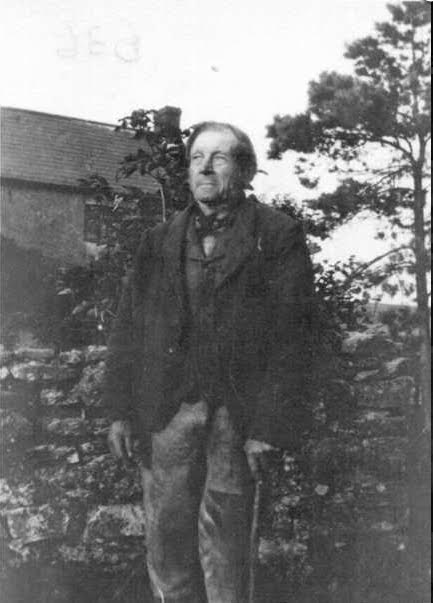