Cecil Sharp passed through Taunton many times during his various visits to Somerset. He made musical contacts within the town – people like Harold Jeboult, who helped Henry Hammond with some Somerset song collecting, and Reginald Barnicott, whose printing and publishing company handled the Folk Songs from Somerset series. Reginald (1844-1905) was followed by his son Percy Barnicott (1878-1937), while his daughter Ethel Barnicott (b1873) was a professional singer who occasionally sang at Sharp’s lectures.

Sharp collected 103 songs and 3 country dances in the Taunton area from 24 people (17 men, 7 women). Their average age was 67.8 yrs. Of the men with stated occupations, 8 were agricultural labourers, 3 with land-related work, 3 farmers and 1 coal hauler. Of the women, 1 monthly nurse, 1 charwoman. 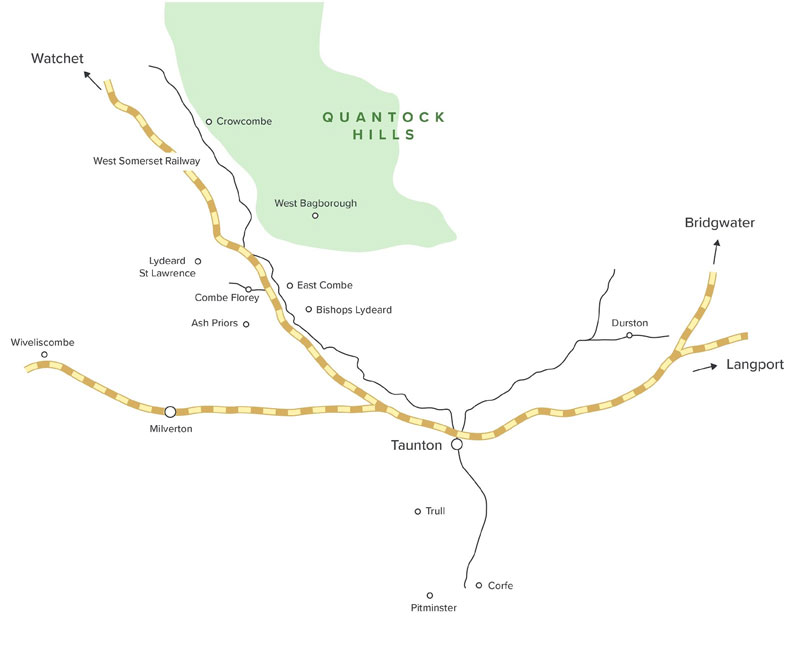