Sharp didn’t get down to Cornwall to look for folksongs until 1913, which is a pity because he found some good carol tunes there but had already published his book ‘English Folk-Carols’ in 1911. In May 1913 he attended the Helston Furry Dance event and then spent a week collecting in West Cornwall. He was lucky enough to meet Jim Thomas of Camborne, a prolific singer. Sharp returned to Cornwall in May 1914 to collect the Padstow May Songs and again in July 1914 to pick up some sea shanties – just in time for his book ‘English Folk-Chanteys’ (1914).

In total he collected 52 songs/tunes from 19 informants - 16 men and 3 women. Of the 12 men with a stated occupation, there were 2 each of sailors, shoemakers, stone masons, teachers and tin miners; 1 each agricultural labourer and engine fitter. Of the women, 1 washerwoman.

For information on the current folk scene in Cornwall, visit http://www.folkincornwall.co.uk

Sharp travelled by train and then bicycle. The rail network then looked like this: 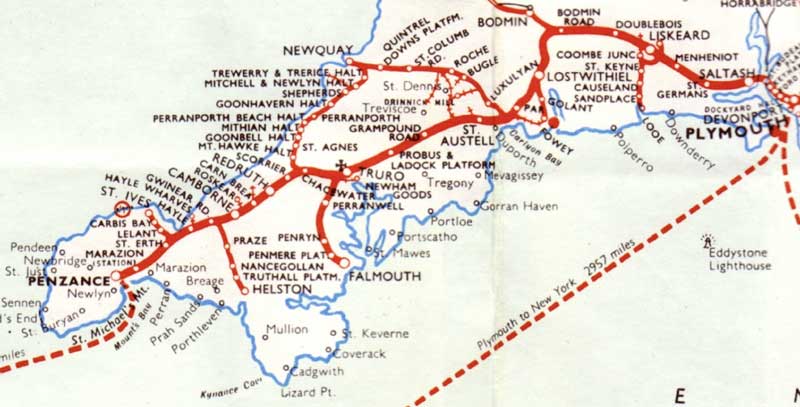