To visit his friend Rev Charles Marson at Hambridge, Cecil Sharp would travel from London by train, arriving at Langport West station where he was collected by Marson’s pony and trap. This station was on the Yeovil to Taunton line, opened in 1853 and closed by Beeching in 1964. In addition Langport traders could transport goods by barge up the (tidal) River Parrett from Bridgwater – timber, salt, Welsh coal etc.

Langport was a busy town, which was incorporated by charter of James I and once had its own magistrates’ court. Its town hall was built in 1733 and it had enjoyed gas lighting since 1835. It had a grammar school (1675) and a Board (Primary) school for 230 pupils (1877). There was a multitude of shops – grocers, butchers, bakers, drapers as well as two hairdressers, a chemist, a jewellers and the nationally famous Kelways Nursery and Seed Merchants. It even had its own newspaper – the Langport & Somerton Herald. In short the town was of a different order to the surrounding villages that Sharp had raided for folksongs. Would he still find folk songs in Langport or not?

For many years there were actually two separate parishes in the town – All Saints (Rev David Ross) which served the commercial section (population 773 in 1911); and St Mary’s Huish Episcopi (Rev Joseph Stubbs) which served the outlying agricultural areas (population 733 in 1911). Stubbs was chaplain to the Langport Union Workhouse and that’s where Sharp first applied for songs (Jane Wheller). Langport Union served 27 surrounding villages (300 inmates*). The houses of some of the 19 singers in this section are marked in red on the map below. There were 5 male singers, 14 female singers.

Of the men, 2 were market gardeners; 1 each blacksmith, railway plate layer, bill poster. Of the women, 5 had been glovers in their villages but gave that up in the town; only 4 out of 14 had occupations at the time of Sharp's visit - 2 were cleaners, 1 sack mender, 1 withy stripper. 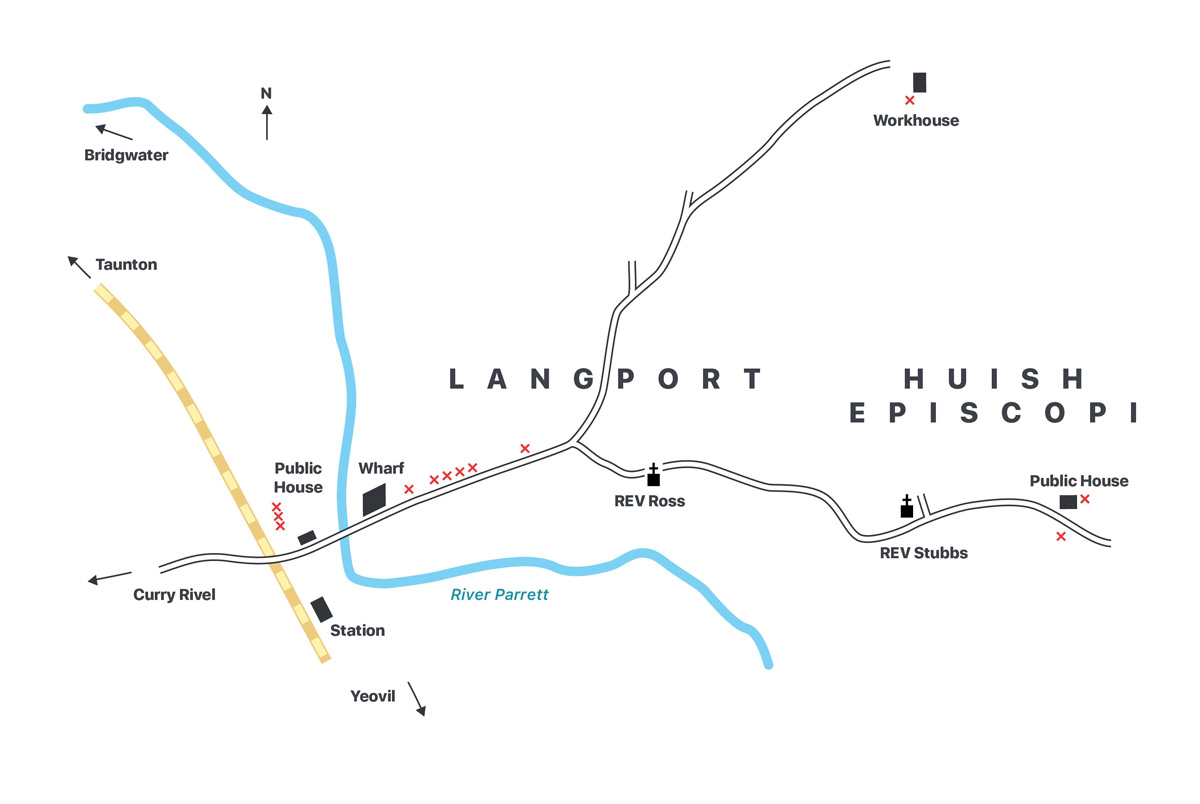